This is a list of my most current projects. I am presently in the middle of a major portfolio overhaul, and this section is being updated often.

If you're interested in seeing more work, please check out my Codepen. That's where I prototype most of my work. The rest of my work is mostly available in my public Github repos, though I'm still in the process of moving a number of local projects there. 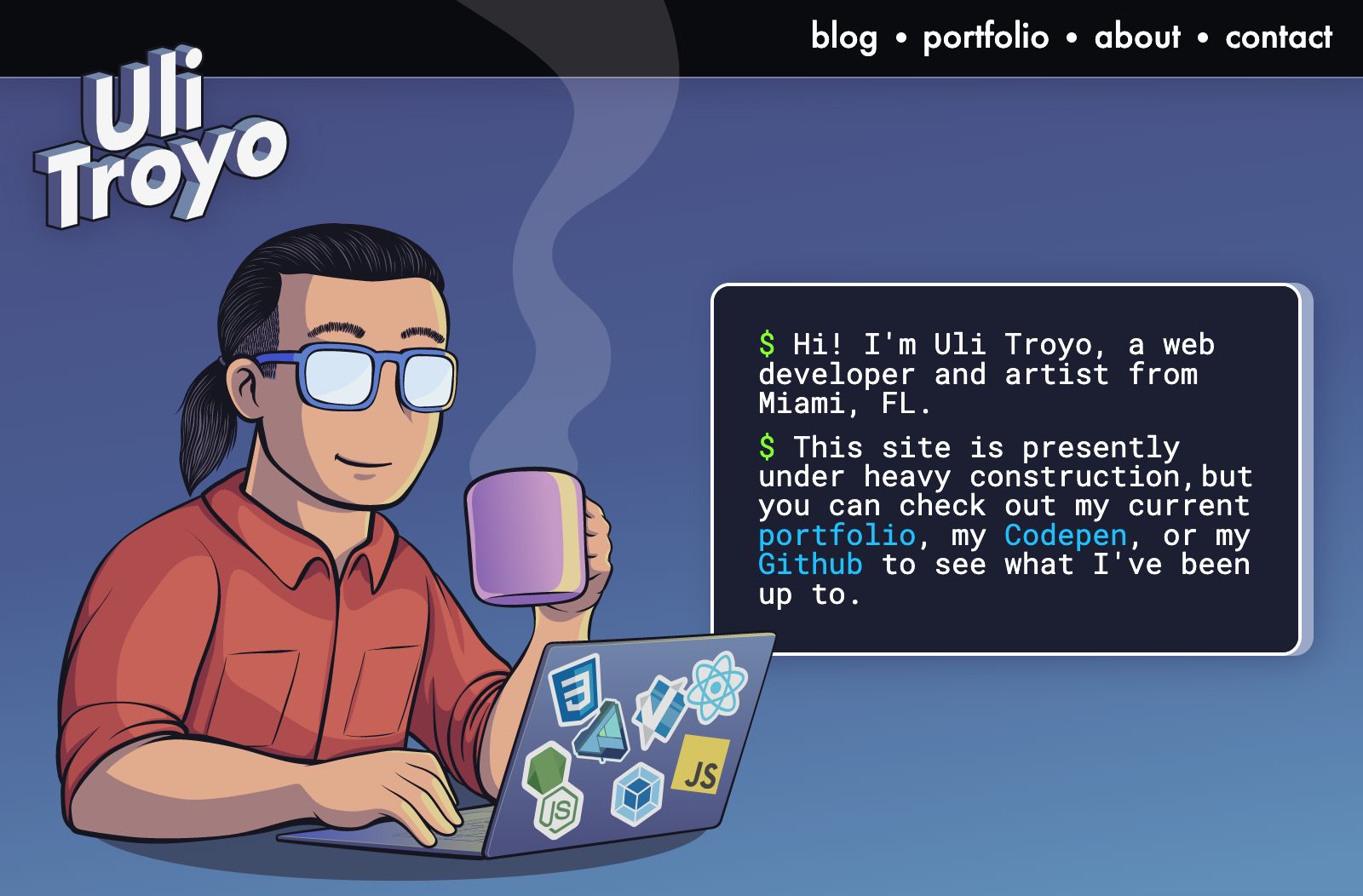 This site pulls data from a Ghost instance used as a data back-end, and on update rebuilds a static version using the 11ty engine. It's still a work in progress, as some of it is not truly dynamic yet, and I haven't imported my blog, but we're getting there. 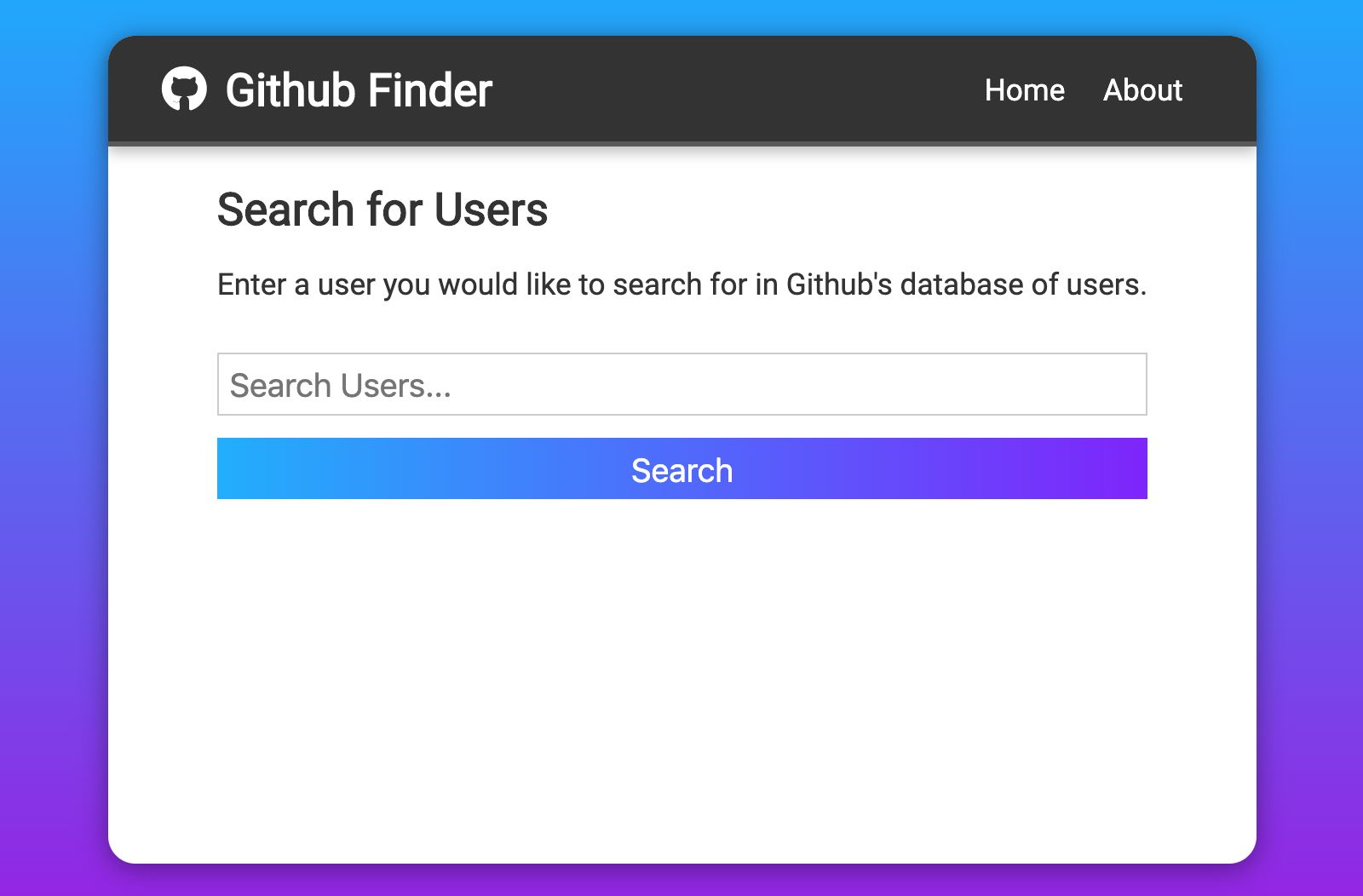 This app is a demo using modern React, using React Hooks, the Context API, and React Router to fetch data from the Github API and present the user with a list of Github users. 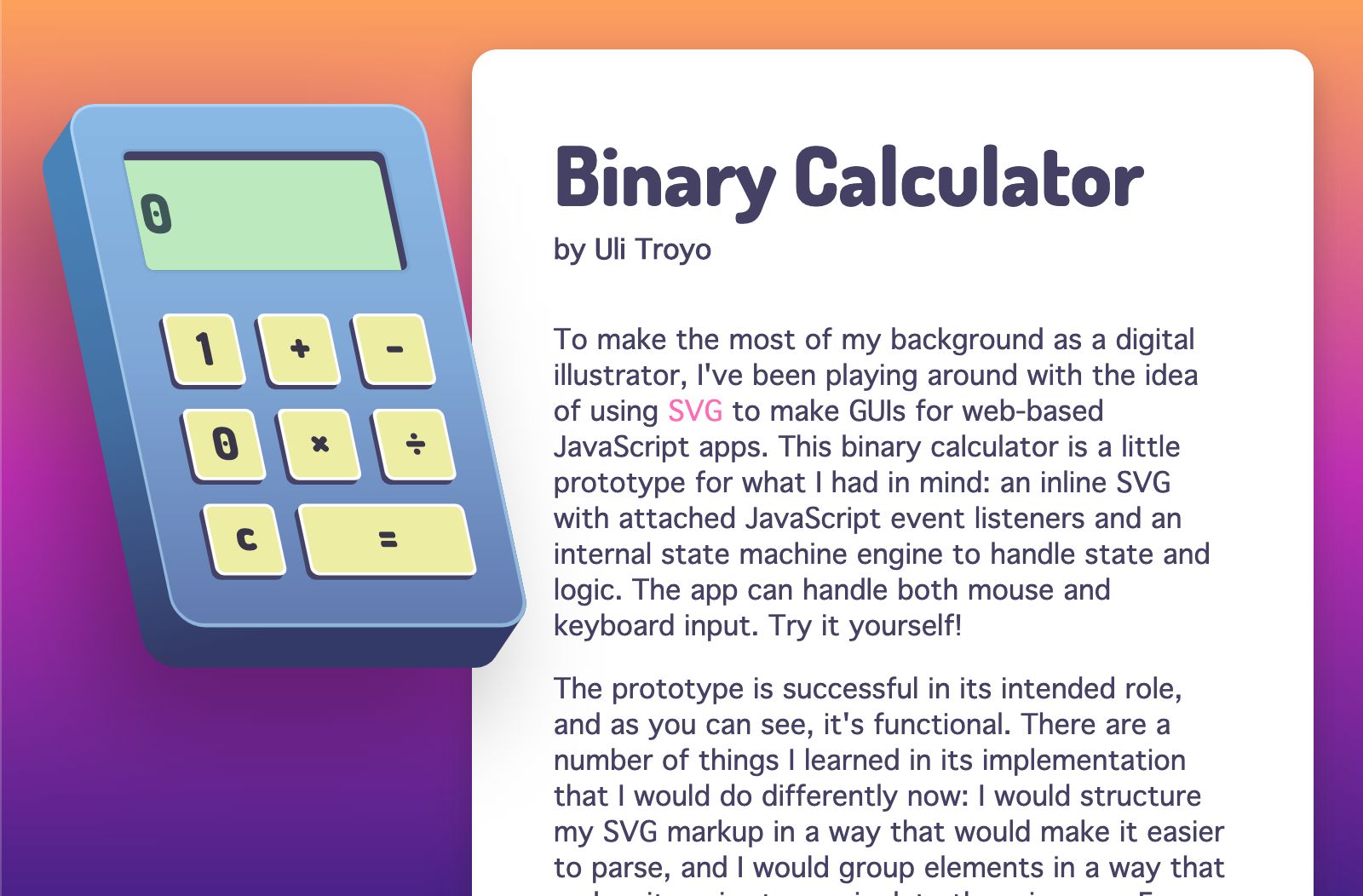 This binary calculator is a working experiment in using inline SVG markup as the GUI of a JavaScript application, rather than CSS and images. The application is written using state machines to handle behavior. 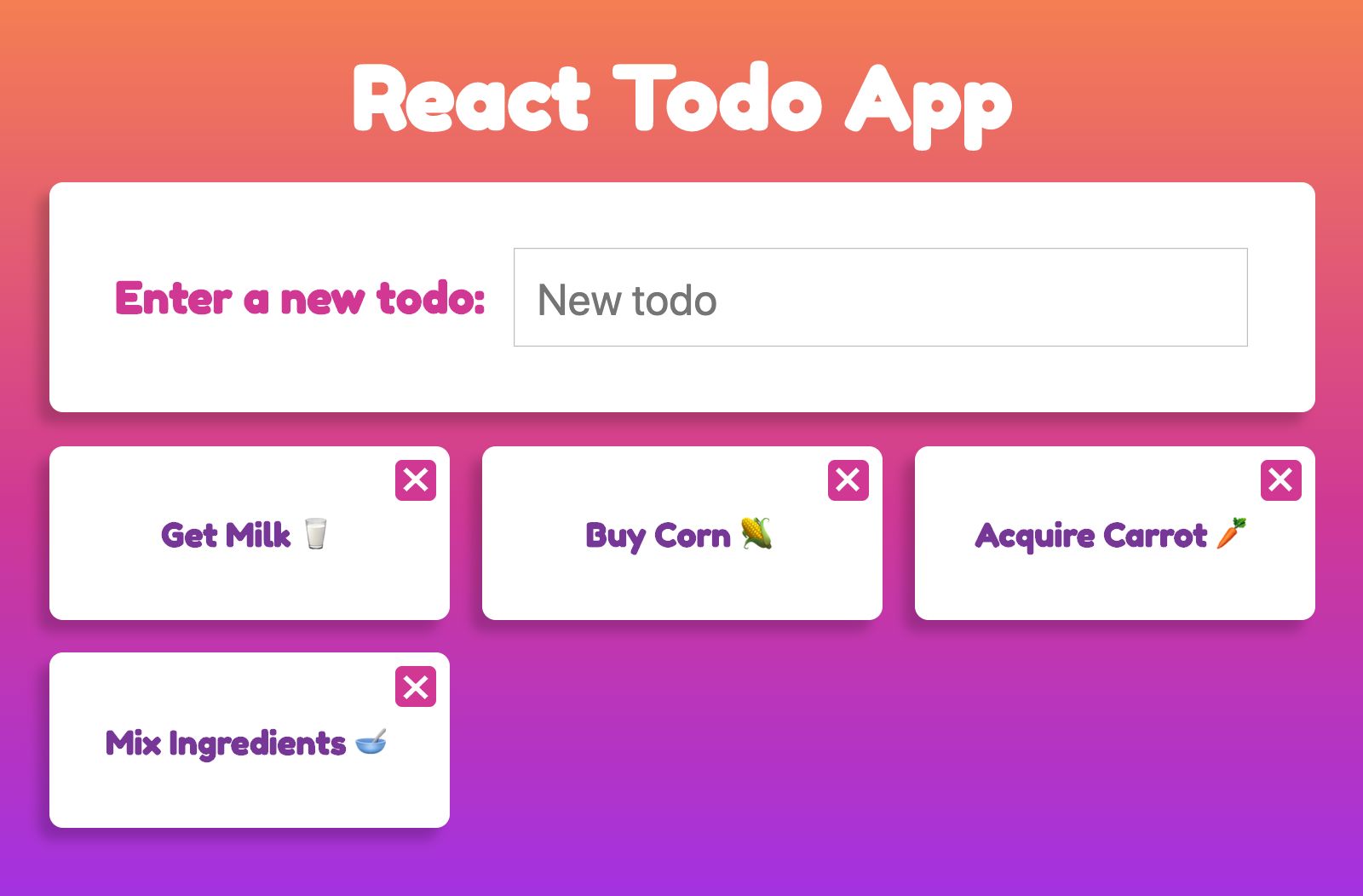 This is a pretty standard to-do app using class-based React. It's fairly banal, to be honest, but given the amount of interest there is in React right now, and given that I'm still in the process of polishing my larger React projects for release, this app is getting some visibility. Among the interesting bits are a concise little function I made for assigning unique IDs for new list items, and a repeat(auto-fit, minmax) CSS grid layout to break the monotony of horizontal to-do apps. 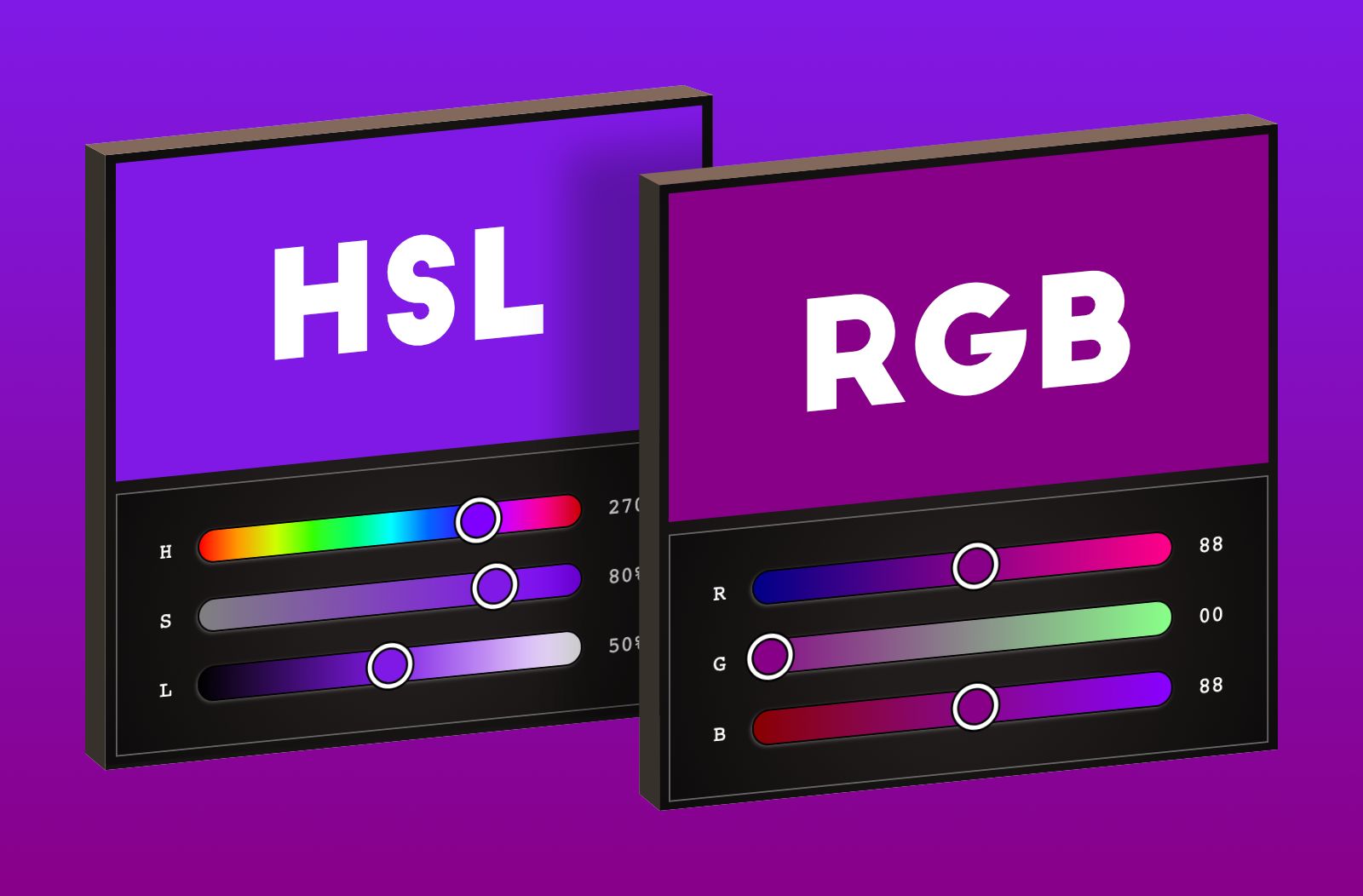 I made this pair of color sliders as part of an article I'm writing on HSL color theory. They are meant to illustrate both the difficulty of manipulating raw hexadecimal RGB colors in design, and the ease and intuitiveness of doing the same with HSL colors. 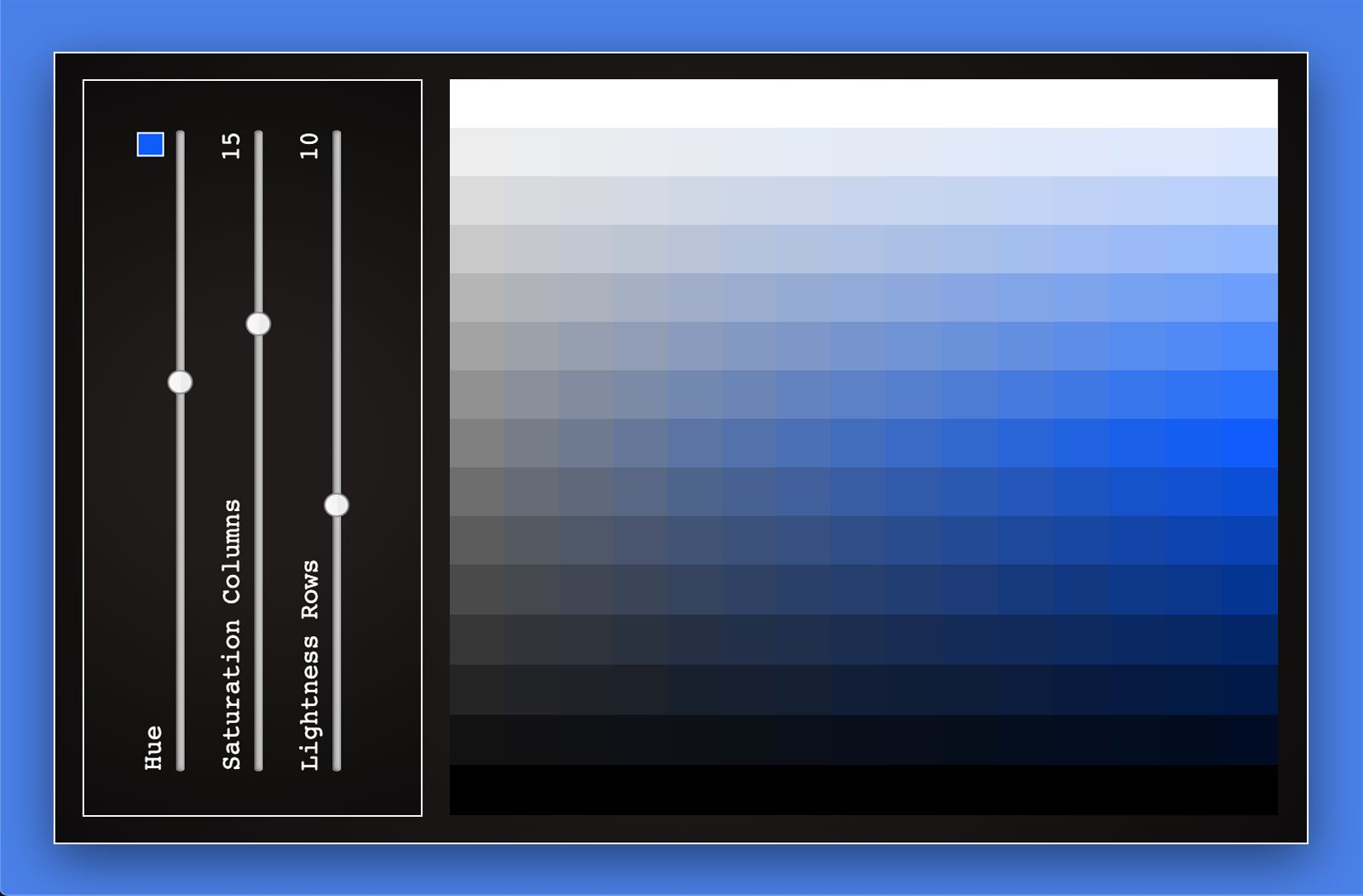 This is another demo app I made for the HSL article I'm writing. Though similar in interface to the RBG and HSL color sliders (as it also incorporates triple sliders for input), this app instead is meant to illustrate accessibility best practices for digital color design. The output is a table of HSL values given a specific hue and a range of steps on the lightness and saturation spectrum.

This is my largest current ongoing project; it is a web app for learning the Dvorak keyboard layout. I still haven't decided whether to use Passport for auth, or use Firebase Authentication— in general I'm attracted to Google's cloud platform offerings. I'm writing a custom analytics engine, because I want to display the user's data on an incremental iteration of what I did with my binary calculator, using inline SVG as the primary GUI.